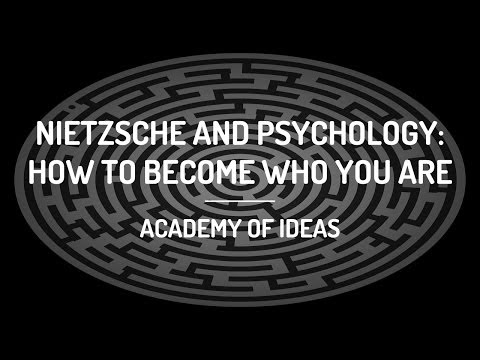 Source: Academy of Ideas Transcript: In 1888, a few months before the end of his most prolific, and final period of writing, Friedrich Nietzsche wrote in Ecce Homo: “That a psychologist without equal speaks from my writings – this is perhaps the first insight gained by a good reader.” ( Ecce Homo ) Nietzsche viewed himself as the first psychologist amongst the great philosophers, writing: “Who among the philosophers before me was in any way a psychologist? Before me there simply was no psychology” ( Ecce Homo ) Given that Sigmund Freud, Carl Jung, and Alfred Adler, three giants of 20 th century psychology, were all heavily influenced by Nietzsche’s psychological insights, his grandiose self-assessment seems to have contained at least a kernel of truth. Nietzsche’s psychological investigations were not conducted for the sake of disinterested theoretical speculation; as in his eyes, knowledge should always be sought first and foremost for the purpose of energ
1 comment
Read more